Purchase and Downloads from www.enkisoftware.com 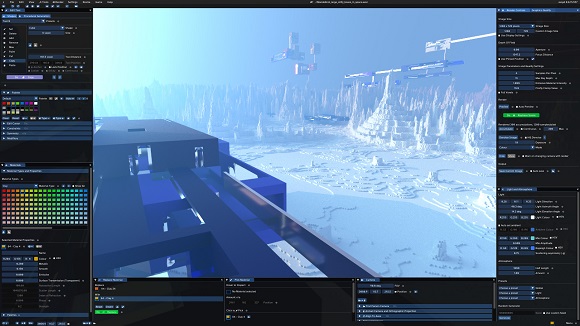 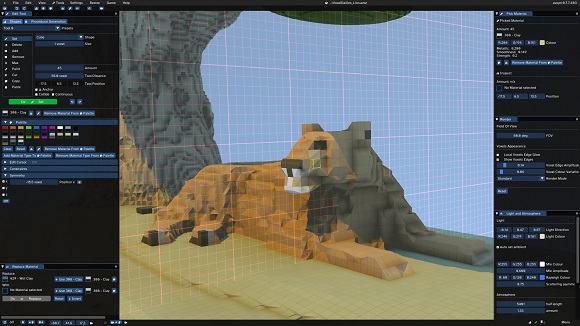 The voxel editor is an art tool. It has the ability to create and work with large voxel worlds and display them in their entirety, explore, edit, render, export to polygon mesh, and use them to make custom worlds to play in. 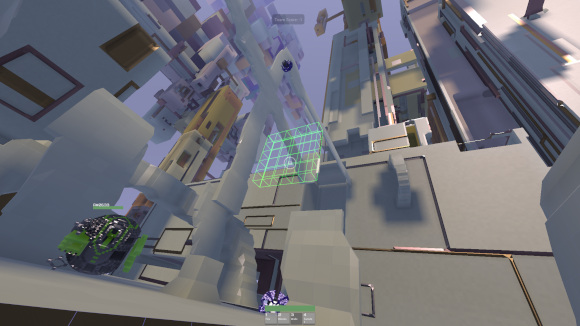 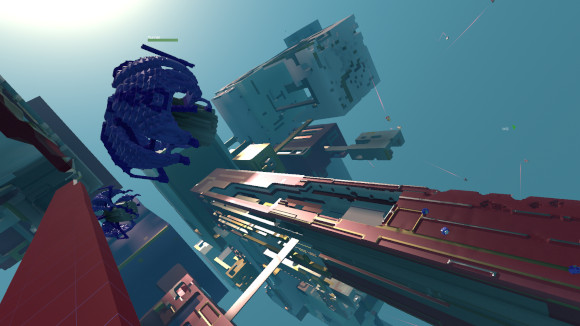 Avoyd is a voxel game with six degrees of freedom movement. The entire terrain is editable.

A fast-paced first person shooter with the same movement system as in Wander. It's a single or LAN coop multiplayer against an AI controlled opposition attacking in successive waves. Each game lasts under 30 minutes and consists in destroying the opposite team's mega spawner (where the drones spawn from). Building is possible in this mode but the game is a little too fast-paced to take advantage of it.

A peaceful exploration of an abstract procedural world. This mode is the simplest and concentrates on movement: inertia-less zero gravity flight and 'clamped' hovering on any surface. There is no world editing and no AI in this mode.


We prototype and release various styles of gameplay as we develop the main game. If you want to know more, read our development blog and the Warp Door interview.